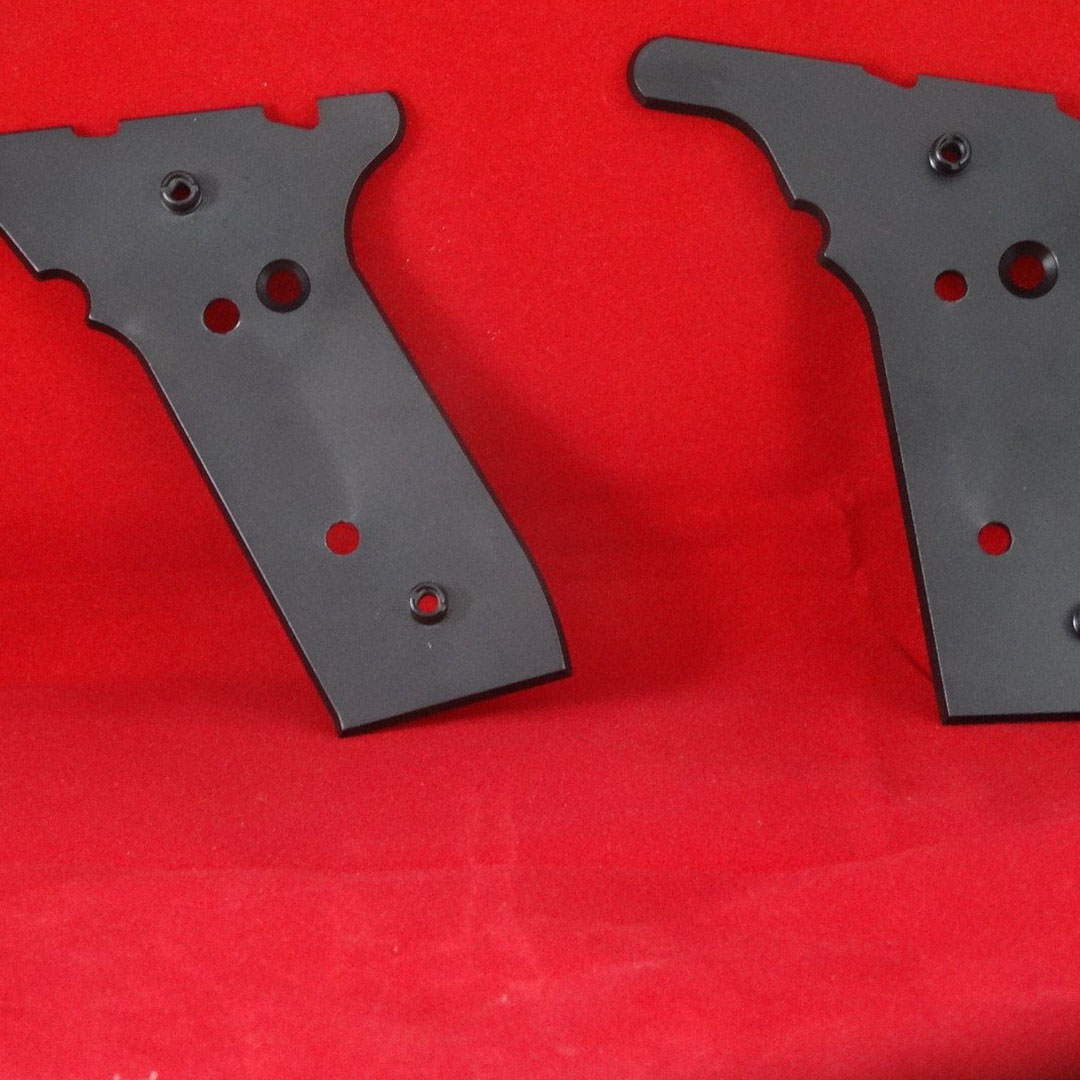 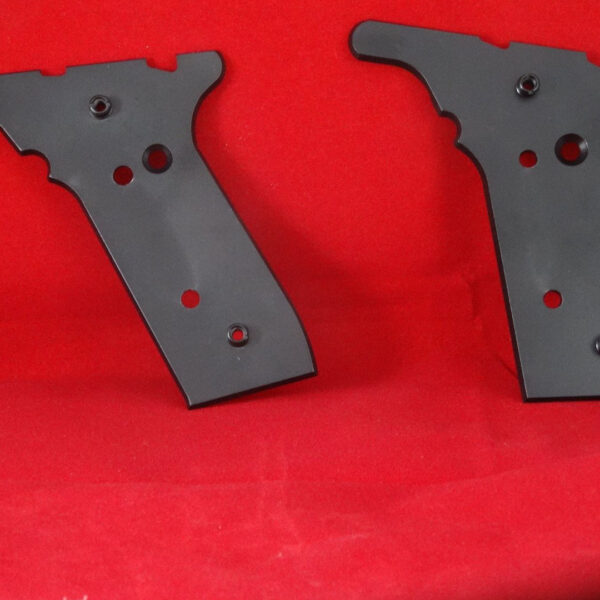 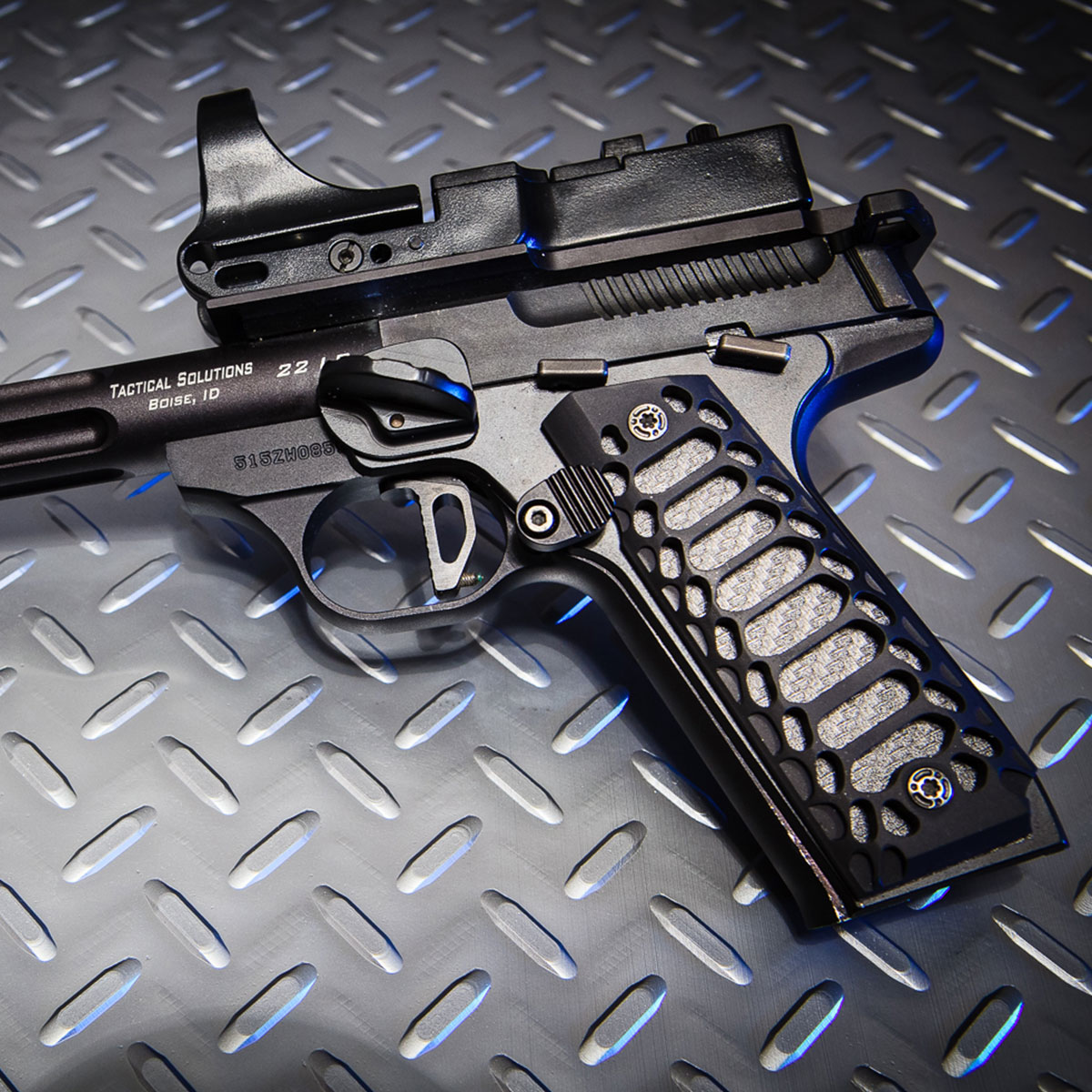 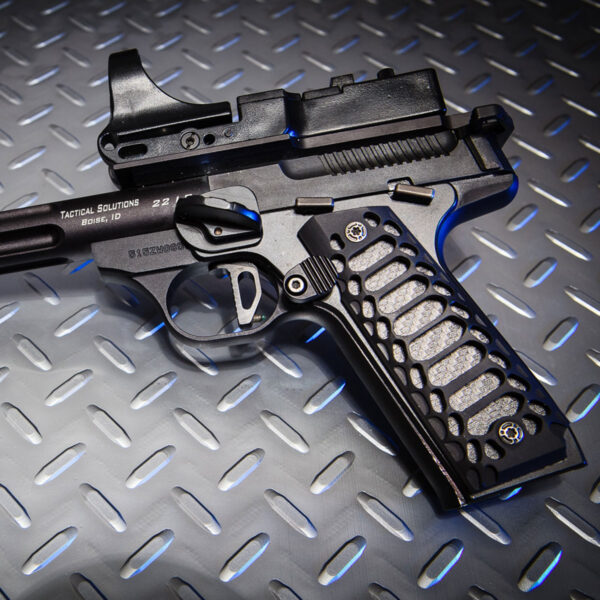 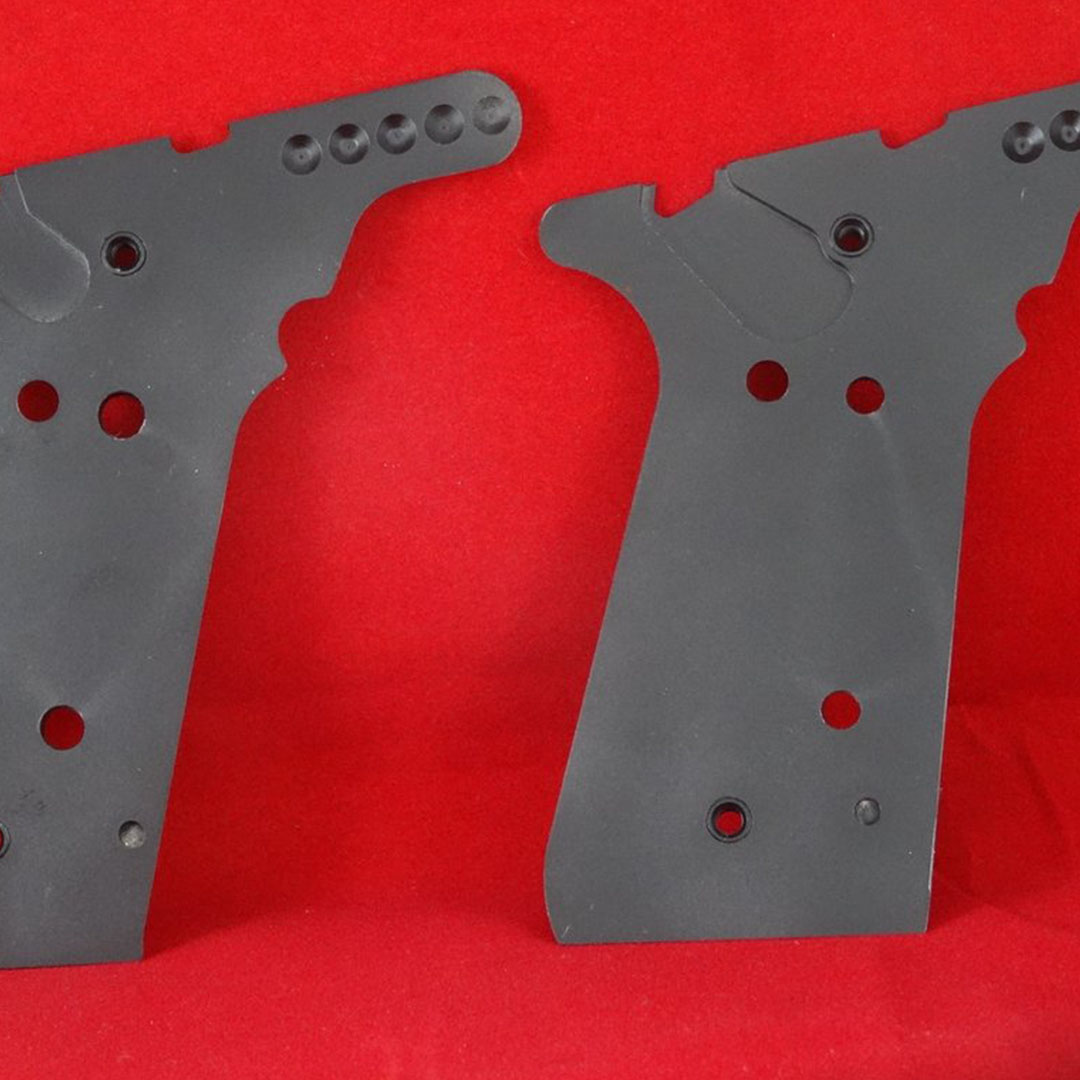 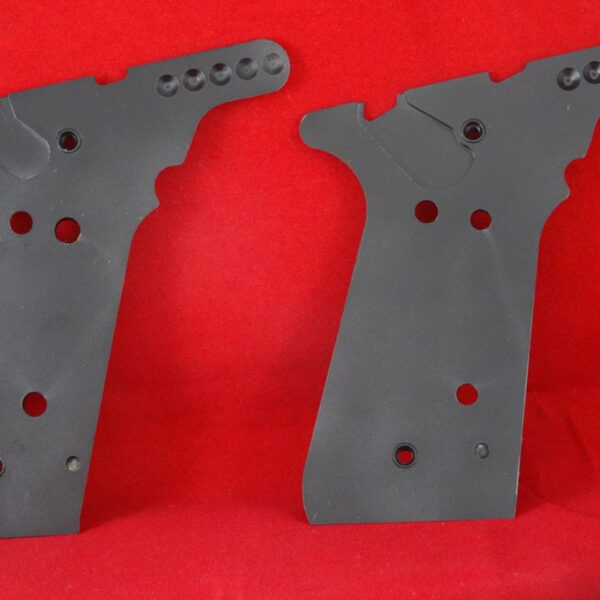 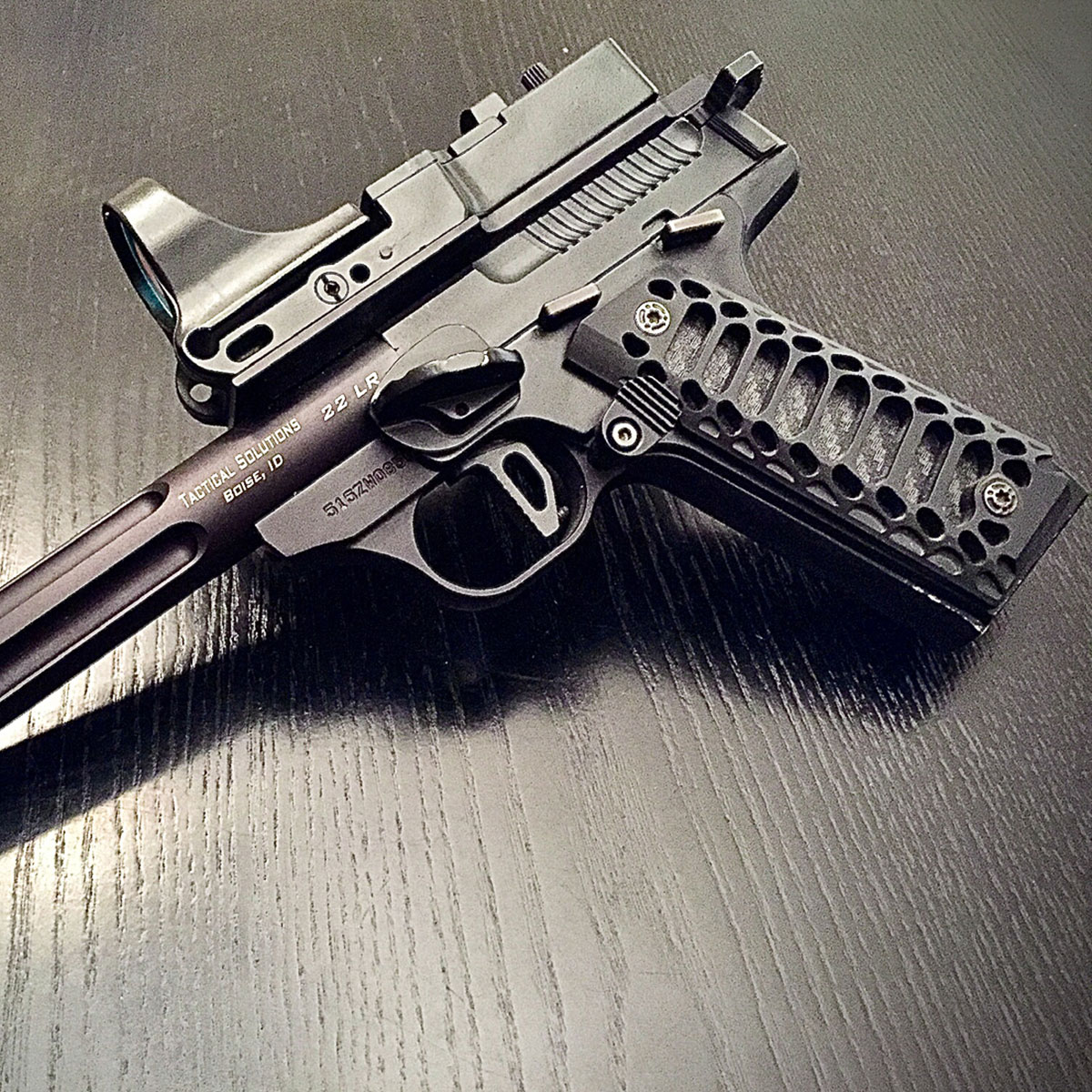 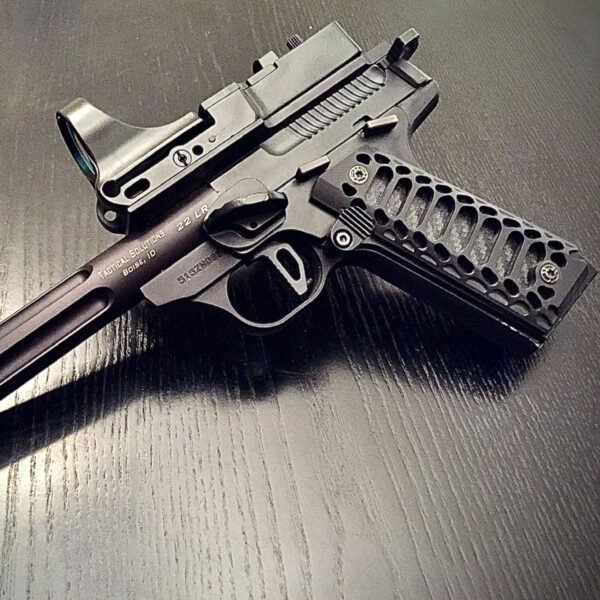 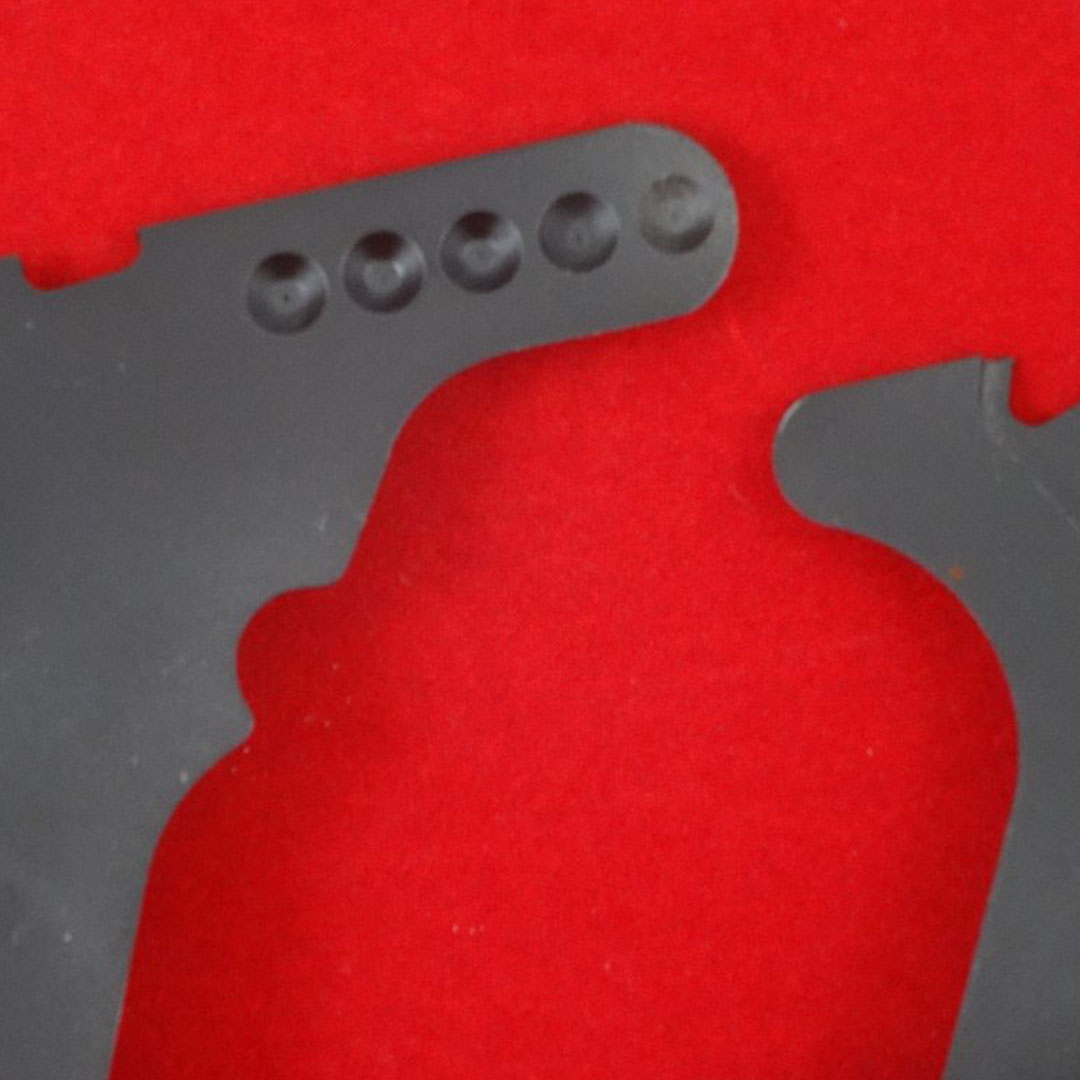 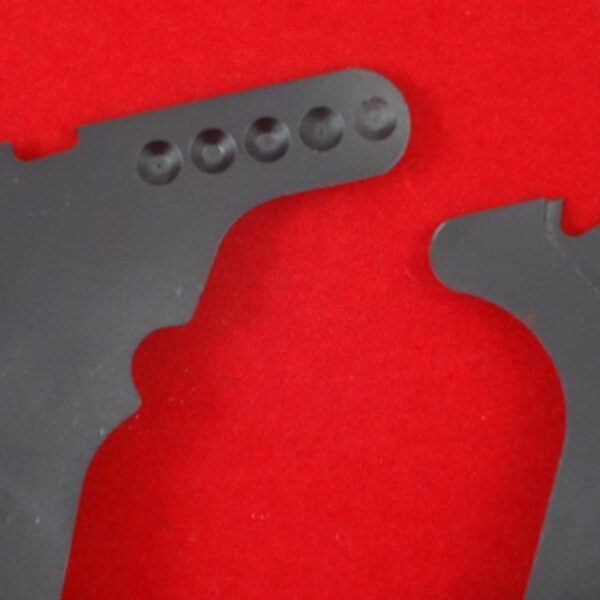 Further enhance that 1911 look and feel on your Buckmark.  These adapters, when installed on your Buckmark with your 1911 grips will be only 1/16″ wider than a standard 1911 with the same grips.

Further enhance that 1911 look and feel on your Buckmark with the Browning Buckmark 1911 Grip Adapter. These adapters, when installed on your Buckmark with your 1911 grips will be only 1/16″ wider than a standard 1911 with the same grips. This set up produces the same feel that competition shooters are used to feeling when shooting their favorite 1911. Install thin 1911 grips and this will produce the slimmest grip available for shooters with small hands. Comes with left and right plates and bushings. Adapter plates are spot drilled for the new thumbrest (optional). 1911 grips and grip screws are not included. URX model will require a slight amount of trimming of the 1911 grip on the lower rear edge. Choose Standard (UFX) or URX frame. As with all Striplin Custom Products, custom colors are available. Grip adapters are custom finished at time of order. URX frame comes from the factory with 1 piece wrap around grips, Standard (UFX) frames comes from the factory with 2 separate grips and don not wrap around. Buckmark rifle uses the URX adapter plates. Please allow 1-2 weeks for shipping.

Buck Mark Pistols. Rimfire pistols, built the Browning way.
Browning Buck Mark rimfire pistols lead the industry in quality, reliability, accuracy and variety. Every Buck Mark starts out as a solid piece of aircraft-grade 7075 aluminum alloy, and then is CNC machined to exacting tolerances. The crisp single-action trigger, hand reamed chamber, target crowned barrel and finely adjustable target sights mean the Buck Mark comes ready for fun straight from the box. The Ultragrip RX™ and Ultragrip DX™ represent the latest in grip technology. The finger grooves, laser stippling and stylish wave patterns combine to form an Ergonomic Interactive Surface (EIS) that puts your hand in the same place on the grip for every shot, resulting in more instinctual shooting and improved accuracy. The textured surfaces are comfortable and secure in any condition, while the narrow profile makes them perfect for all hand sizes.