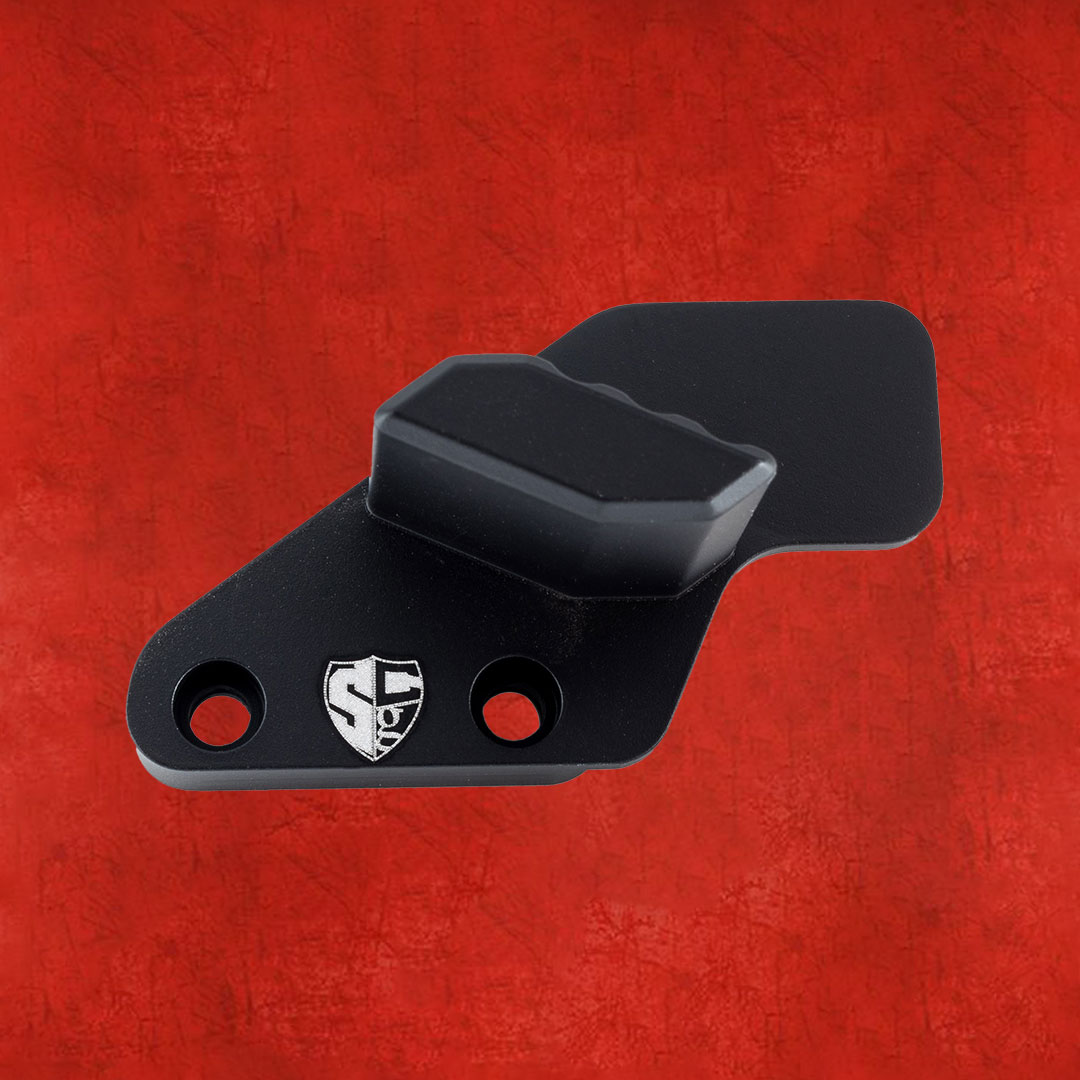 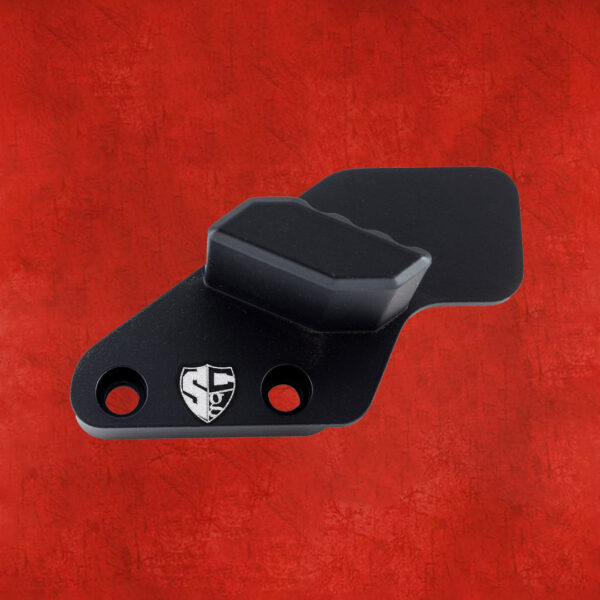 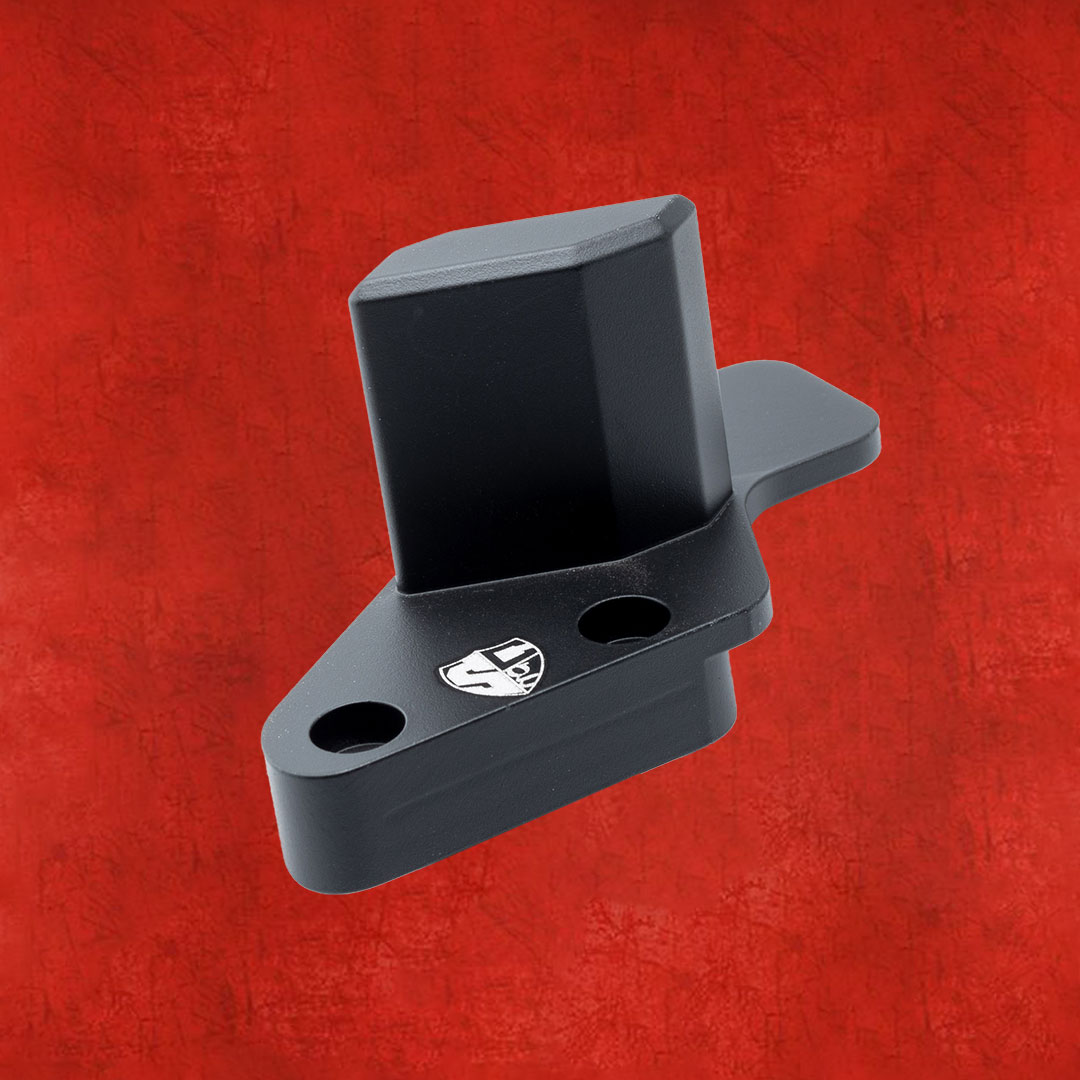 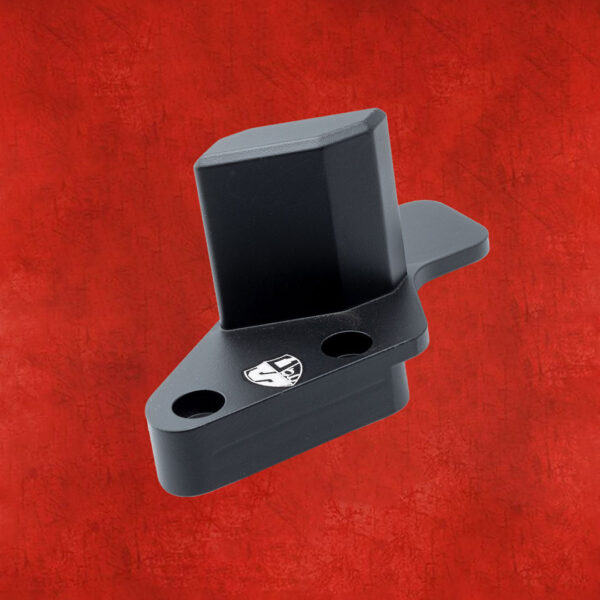 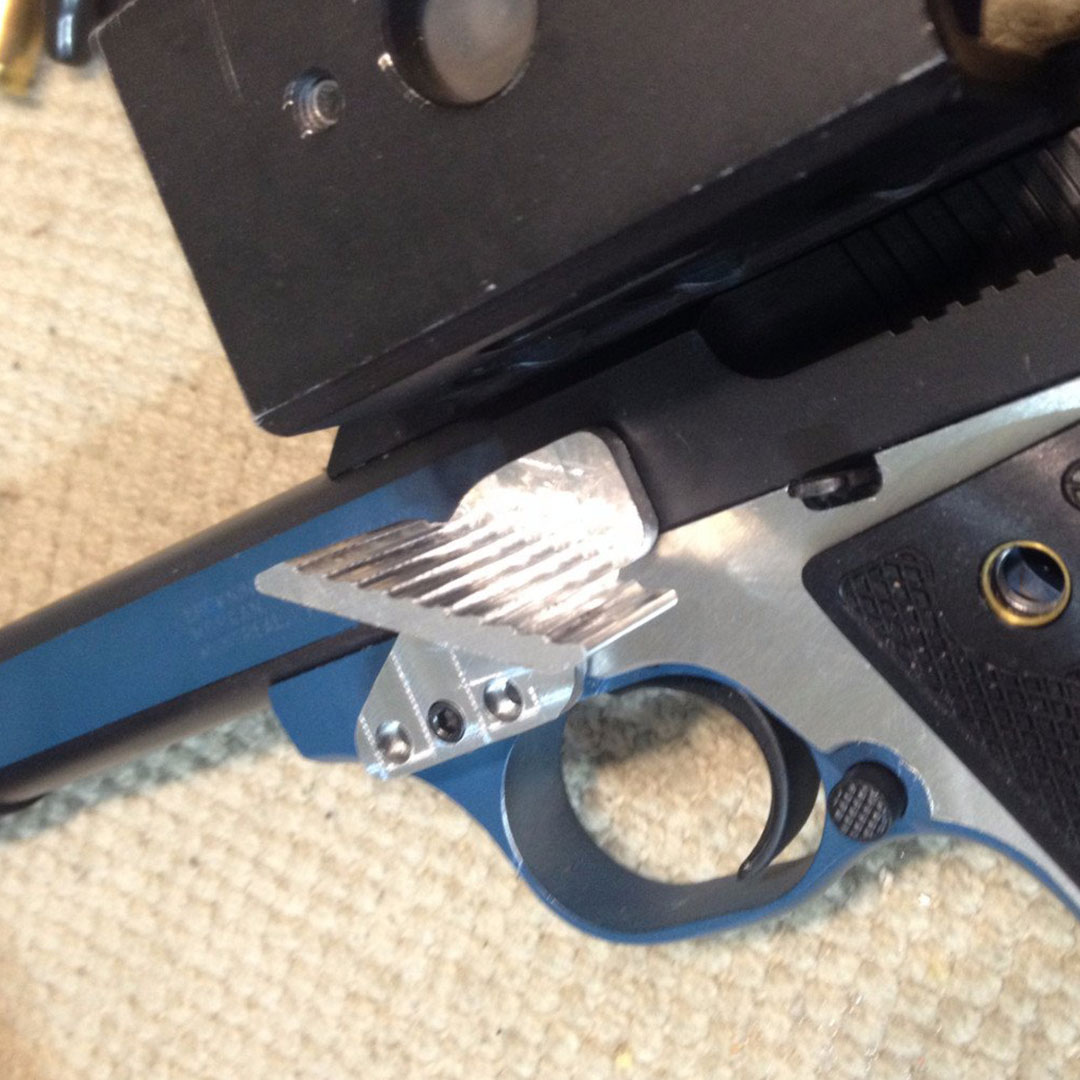 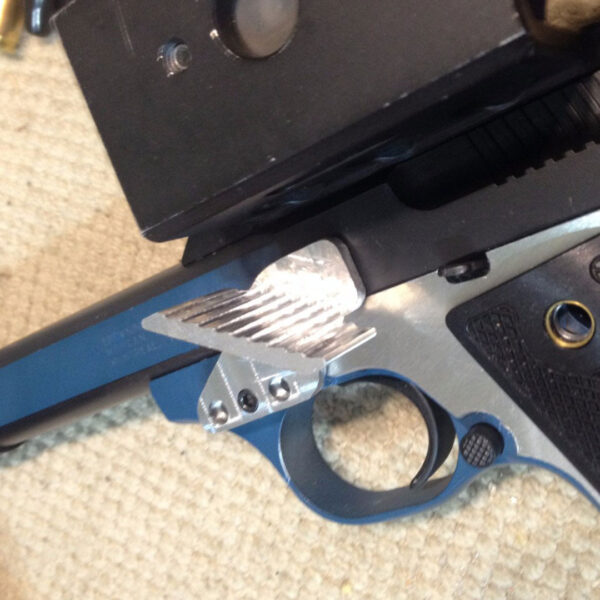 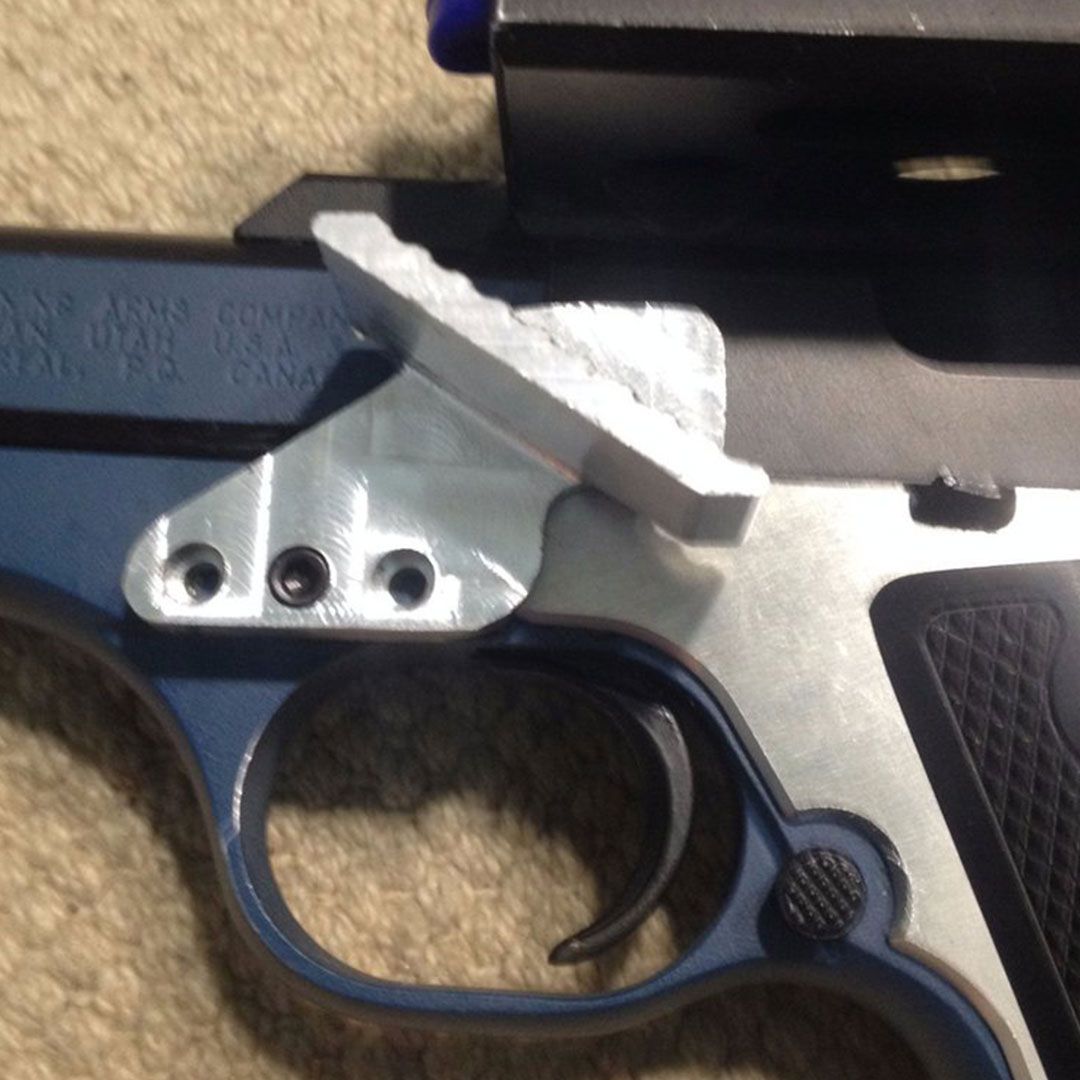 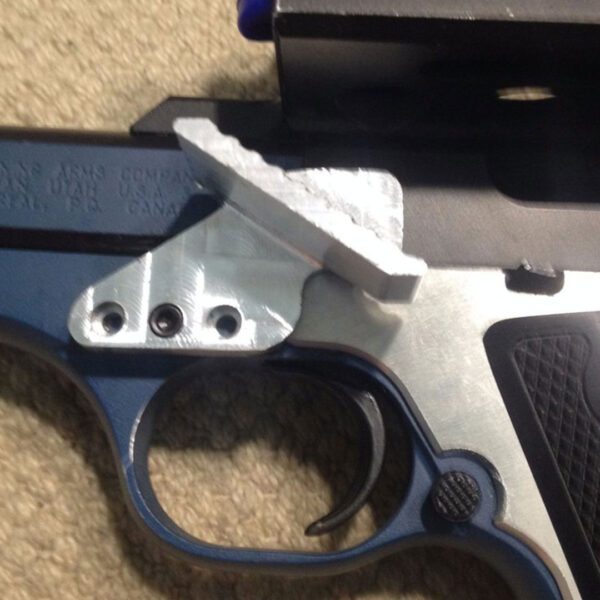 Browning Buckmark Thumbrest shown unpainted for visability is made from billet aluminum and cerakoted. It is designed to fit all models of Buckmarks and allows grip removal without having to remove thumbrest.

Browning Buckmark Thumbrest shown unpainted for visability is made from billet aluminum and cerakoted. It is designed to fit all models of Buckmarks and allows grip removal without having to remove thumbrest. Features a built-on guard to help prevent the thumb being pinched between slide and barrel. Thumbrests help control muzzle rise, increase grip strength, and promote consistent hand placement. Requires the frame to be drilled and tapped. Gunsmith installation is recommended. The grip adapters shown in the pictures are not included or required.