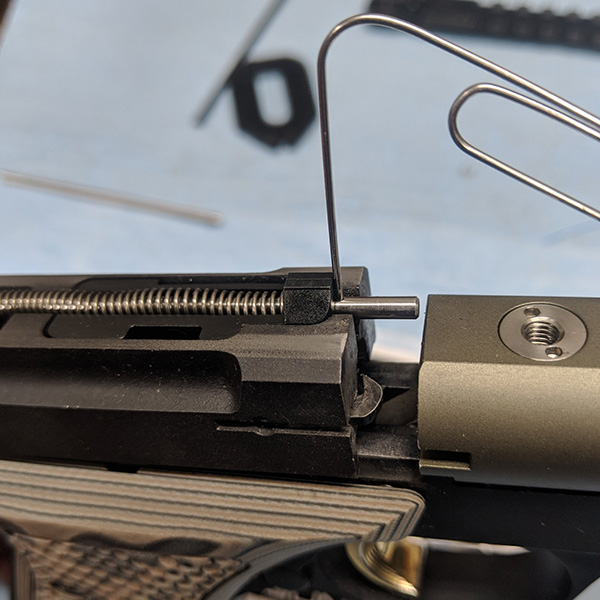 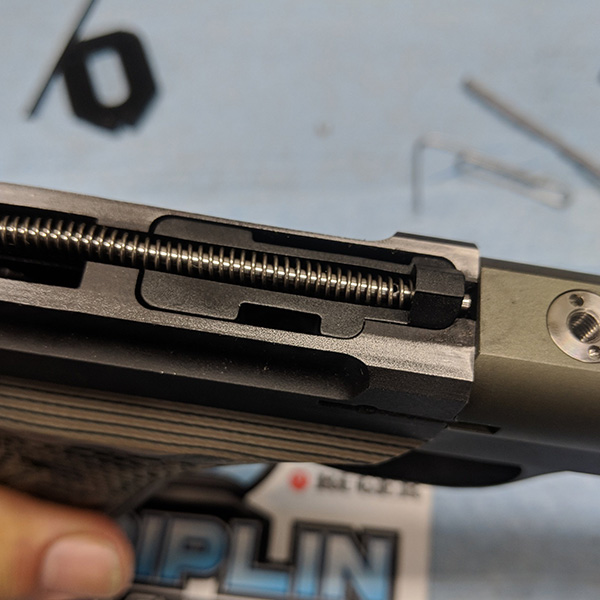 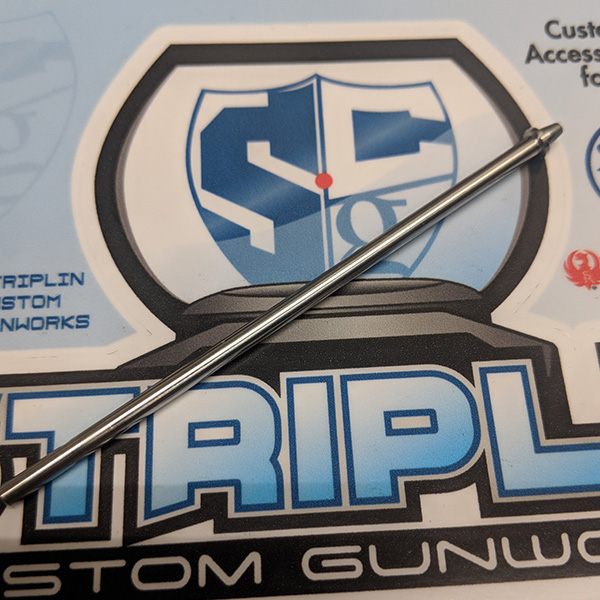 The Eliminator Browning Buckmark Recoil Guide Rod is a machined guide rod that improves reliability, eliminates the pesky C-clip, simplifies maintenance assembly and disassembly. Made from hardened stainless steel, polished for smooth cycling. Works with all Buckmarks, Buckmark Rifle, and pre 2000 Buckmark. Uses factory recoil spring and buffer. (not included but available as a kit from Striplin Custom) Watch the install video to see the features and benefits.