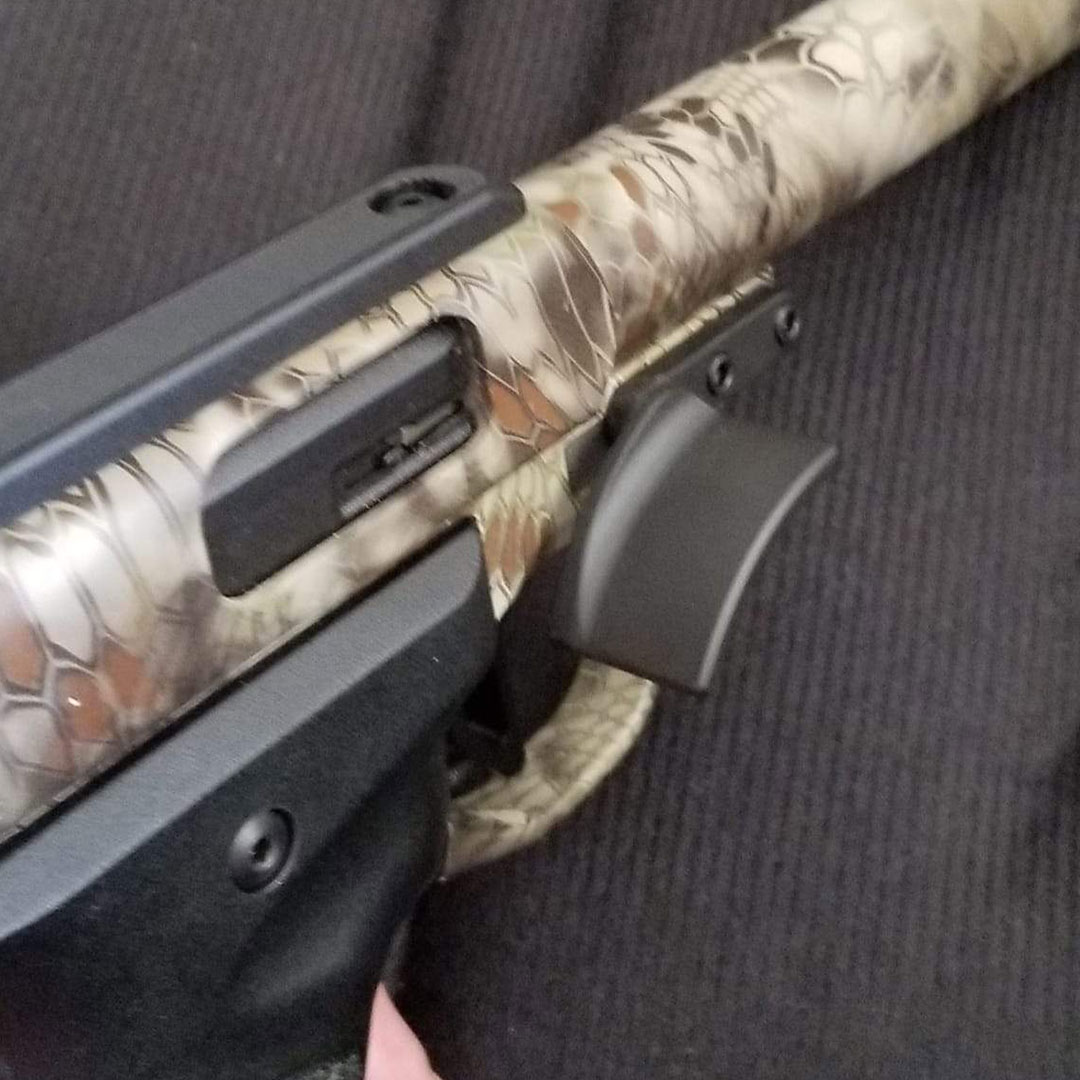 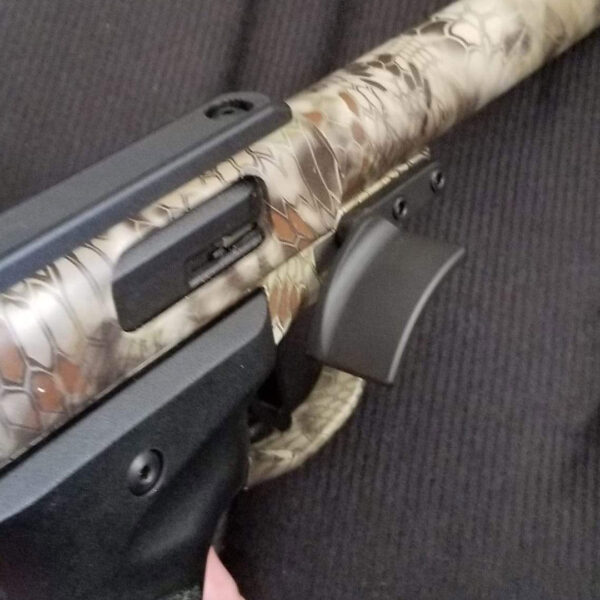 These are custom built when ordered. please allow up to 2 weeks for this item to ship. In an effort to keep your thumb below the ejection port this thumbrest will make it very difficult for right handed shooters to shoot this gun.

Although every effort has been taken to design this thumbrest so that your hand is placed below the ejection port, It is still possible to for your hand to be contacted by fragments and debris leaving the chamber. To protect my business from any action you must wear a heavy leather glove on your right hand while using this thumbrest. Also, at check out you must leave a note that you have read this disclaimer and agree to wear the glove.

﻿Installation should be done by a qualified gunsmith. Care must be taken to not drill into or damage the serial number. I recommend using a new high quality or carbide #41 drill bit and a powdered metal 4-40 tap. The stainless on these frames are very easy to work harden. If you wish Striplin Custom Gunworks to install this for you, I will do so for $40.00 + return shipping. Please email me before placing order.